This two-day, web-based course covers a review of polymer mechanics theory, techniques and tools for experimentally characterizing polymers, and hands-on training on how to perform accurate finite element simulations of polymer components. This is the original training class that we have been gi

Testing and Modeling of Polymers for FE Simulation

Impact modeling of polymers is important given their use in consumer products as both structures and impact protection. Accurate FE models of impact events require high rate testing, advanced modeling, and a thorough understanding of polymer failure.

Cohesive zone modeling is a powerful tool for predicting delamination in adhesively bonded structures. Veryst engineers use their expertise in experimental and computational fracture mechanics to calibrate cohesive zone models for accurate prediction of adhesive failure.

A high-strength reinforced hose failed in service under normal operating conditions well before its intended design life. Inspections of the subject hose revealed that failure was mainly due to delamination.

PEEK materials are increasingly used in a variety of industries with elevated temperature applications. This example shows how Veryst Engineering developed a temperature-dependent, nonlinear model of PEEK behavior for use in commercial FEA codes.

Veryst can predict the ultimate strength and failure modes of design concepts generated using topology optimization and produced using additive manufacturing. We use advanced finite element analysis (FEA) that accounts for the nonlinear behavior of the material being used to make the part.

Veryst offers leading expertise in advanced finite element modeling, particularly for complex, nonlinear problems. Many of our staff come from leading nonlinear software firms and we have official partner relationships with numerous firms. We can address problems that other finite element analysis consultants either cannot or are not sufficiently experienced to do well.

Veryst has extensive experience selecting and calibrating a material model to capture the most important aspects of material behavior for your specific material and conditions during use.

Veryst has extensive experience selecting and calibrating material models to capture the most important aspects of material behavior for your specific material and conditions during use.  Using MCalibration®, a software tool originally developed

Veryst’s mechanical testing capabilities have been developed over the past decade and are motivated by the need for high quality data to characterize complex polymer behavior.  We tailor our test programs based on our deep understanding of polymer and material mechanics and the challenges complex 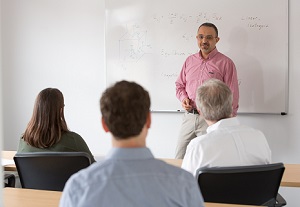