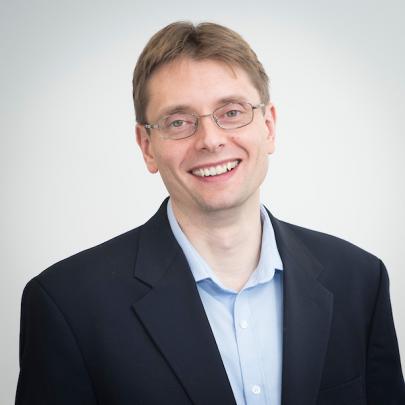 Dr. James Ransley is a Senior Engineer at Veryst Engineering.  Dr. Ransley is an expert in the analysis, modeling, and simulation of multiphysics systems with a strong record of solving complex problems in the MEMS and semiconductor industries.  He previously worked as a developer and subsequently a technical product manager at COMSOL Multiphysics, where he was responsible for the Microfluidics, MEMS, Semiconductor, and Molecular Flow Modules.  He now applies his extensive experience with problem solving in multiphysics systems to helping clients across a range of industries.  Dr. Ransley is experienced in engineering analysis and the finite element modeling of structural mechanics, piezoelectrics, fluid dynamics, acoustics, mass transport, diffusion, chemical reactions, electromagnetics, optics, and semiconductor transport.  In addition, he can create custom computational solutions to model problems for which simulation tools are not currently available.

Prior to joining Veryst, Dr. Ransley led finite element modeling and analysis efforts at Analog Devices for a range of products in the automotive, industrial, healthcare, and consumer markets.  He has also worked in the inkjet industry, where he was a part of the design team working on Xaar’s successful 1001 print head.  Additionally, Dr. Ransley was a post-doctoral researcher in MEMS at the University of Cambridge, UK, where he completed both his undergraduate and Ph.D. degrees.

“The properties of Grain Boundaries in YBa2Cu2O7‑δ,” Ph.D. Thesis, University of Cambridge, 2004.

Major contributions to the theory and background sections for the MEMS, Microfluidics, Molecular Flow, and Semiconductor Modules.