The uniaxial tension test is one of the most commonly used tests to determine important material parameters such as Young’s modulus, yield strength, ultimate strength, elongation at break, Poisson’s ratio, and Lankford coefficients (r-values).  Veryst Engineering is ISO 17025:2017 accredited to perform this test according to ASTM D638 and ASTM D1708.

Uniaxial tension tests are typically performed monotonically to failure at a single strain rate; however, Veryst commonly performs them at several strain rates, and includes multiple load cycles and/or stress relaxation periods to capture and characterize the complex behavior of polymers.

For a customized quotation, please write to us at testing@veryst.com. 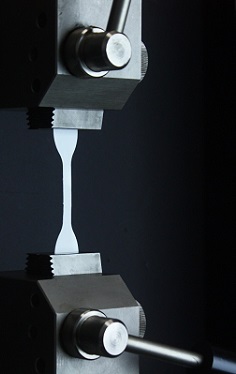